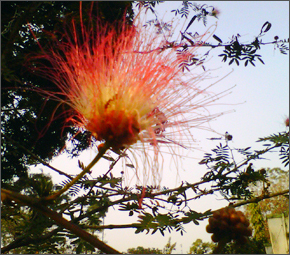 What is a Stem Cell?

What is a Stem Cell?

All mammals begin as two cells, the sperm and egg, which combine into a single cell. This single cell divides exponentially into specialized cells, making up various organs and systems that comprise all the tissues of a new organism.

A stem cell is an immature cell that can become a different cell, or may become one of many different cells. Most stem cells also can renew themselves by dividing indefinitely. These two characteristics are what present a new pathway to repairing damage to the human body caused by trauma, degeneration and disease.

Modern restorative neurosurgery began about 30 years ago when neurosurgeons and neurobiologists envisioned the possibility of replacing degenerating neurons in patients who had diseases like Parkinson’s and Huntington’s. At the time it was believed that neurons could not regenerate; a theory that was disproved in the 1990s. Therefore, early clinical trials were based first on a direct approach, targeting the replacement of missing specific brain chemicals (neurotransmitters) rather than regenerating the damaged neuronal circuitry. More recently, with the advent of treatment strategies developed from experimental work with stem and progenitor cells, there is hope that the final goal of reconstructing neuronal pathways may be achieved. The goals of this field can be summarized as replacement, release, and regeneration. That is, dead neurons have to be replaced, the grafts have to be able to release neurotransmitters, and circuits have to be rebuilt. Of course, these goals can be fulfilled only if scientists’ understanding of the mechanisms of disease keeps up with the pace of development of new bioengineering strategies.

Cord blood, also known as "placental blood," is the blood that remains in the umbilical cord and placenta following birth and after the cord is cut. It is usually discarded with the placenta and umbilical cord and is a rich source of stem cells. About three to four ounces may be taken from a mother's placenta shortly after childbirth for possible transplantation.

Many families are now choosing to bank these genetically unique cord blood stem cells for the future health of their loved ones. A case in point would be a family with a baby boy born with sickle cell anemia. When the mother became pregnant with her second child, the blood was found to be a perfect match. After giving birth, the blood was taken and transplanted shortly thereafter in the son affected by sickle cell anemia. When treatment is successful, the stem cells from the cord blood will survive in a patient's bone marrow and produce healthy white blood cells.

Many experts believe that cord blood transplants have distinct advantages over more traditional bone marrow transplants in stimulating the growth of healthy white blood cells. The collection of cord blood is simple and painless, whereas bone marrow donors must undergo general anesthesia. Further, cord blood from an unrelated donor doesn't require the extremely close tissue-type matching of bone marrow transplants. However, there are some risks, because the patient is susceptible to infection and the body may reject the donated cells.

While pluripotent stem cells still seem to offer the most promise for human therapies, research on adult stem cells offers some potential. It may seem easier to obtain adult stem cells and avoid some of the ethical issues associated with embryonic stem cells, yet there are challenges involved with adult stem cells as well. Adult stem cells have not yet been identified in every part of the body, they are multipotent, and they are difficult to identify, isolate, and purify.

There has been some success with adult stem cells from the bone marrow, umbilical cord blood, and in the hippocampus region of the brain. Adult stem cells such as blood-forming stem cells in bone marrow (called hematopoietic stem cells, or HSCs) are currently the only type of stem cell used widely to treat human diseases. HSCs have been transferred in bone marrow transplants for more than 40 years. More advanced techniques of harvesting HSCs are now used to treat leukemia, lymphoma and several inherited blood disorders.

A notable drawback to utilizing adult stem cells in therapies is that there are insufficient numbers of cells available for transplantation because in a culture dish they are unable to replicate over extended periods of time. Researchers have been unsuccessful in directing these cells to become functional as specialized cells. Recent research has revealed the property of plasticity in adult stem cells. Some adult stem cells have been shown to be capable of generating the specialized cell type of another tissue. A reported example of plasticity involved adult stem cells from bone marrow that generated cells resembling neurons – the functional units of the nervous system found in the brain and spinal cord.